10 things to do in Boston this weekend 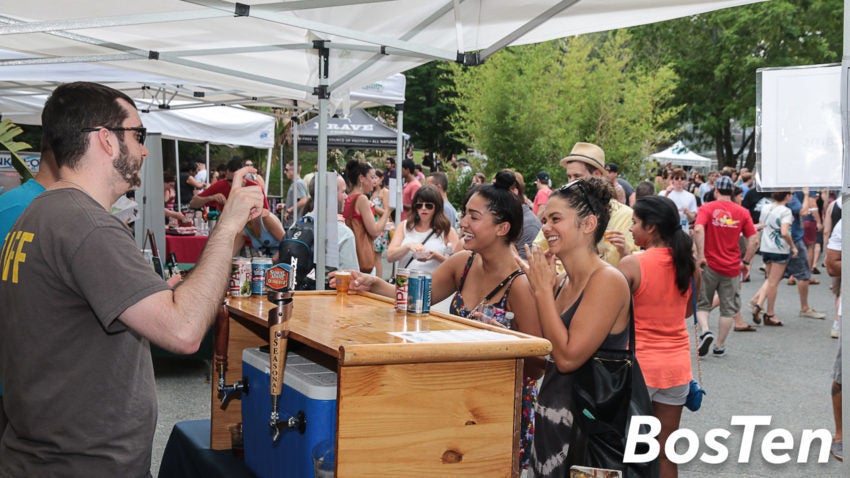 Eataly is cooking up another edition of its monthly Piazza all’Aperto, an outdoor block party styled after the bustling food festivals held in the plazas of many an Italian town. You’ll be able to munch on cannoli, gelato, pasta, mozzarella, and many other delectable dishes, while sipping on your choice of frosé (frozen rosé), wine, beer, and cocktails. Entry to the event is free, while food and drink can be purchased with special tokens obtained at the door or on Eataly’s website. (Thursday, Aug. 15 from 5 p.m. to 8:30 p.m.; Eataly, Boston; free entry, $5 per food/drink ticket; all ages, 21+ to drink)

With the 50th anniversary of the Woodstock music festival, several area theaters will screen the 1970 documentary chronicling the planning, performances, and impact of the landmark concert. Showcase Cinema de Lux theaters in Lowell, Randolph, and Revere will all show the film at 7 p.m. on Thursday, as will the Coolidge Corner Theatre, with a performance by students from the Brookline Music School preceding the film. (Thursday, Aug. 15 at 7 p.m.; various locations; various prices; rated R)

Shawn Mendes only turned 21 last week, but the singer-songwriter has already experienced enough success to fuel an entire career. All three of his albums, including his 2018 self-titled record, hit #1 on the Billboard Hot 200, and he’s currently headlining his fourth world tour, which visits TD Garden for a pair of shows on Thursday and Friday. The “Stitches” singer will be joined by fellow Canadian star Alessia Cara. (Thursday, Aug. 15 and Friday, Aug. 16 at 7:30 p.m.; TD Garden, Boston; $29.50-$89.50; all ages)

With back-to-school season fast approaching, there are only three more Free Fun Fridays left. Ten more museums and attractions will offer free admission this week thanks to the Highland Street Foundation, including two in Boston: The U.S.S. Constitution Museum and the John F. Kennedy Presidential Library and Museum. Elsewhere in Massachusetts, highlights include the Provincetown Art Association and Museum and the Harvard Museums of Science & Culture in Cambridge. (Friday, Aug. 16 at various times and locations; free; all ages)

Boston Comic Con is now known as Fan Expo Boston, but the annual celebration of nerd culture formerly known as Boston Comic Con returns to the Boston Convention and Exhibition Center this weekend, bringing numerous celebrities in for fan appearances. Among the big names on the list include John Travolta (“Grease”), cast members of “The Goonies” (Sean Astin, Corey Feldman, Ke Huy Quan) “Doctor Who” star Peter Capaldi, and “Shazam!” star Zachary Levi. (Friday, Aug. 16 from 4 p.m. to 9 p.m., Saturday, Aug. 17 from 10 a.m. to 7 p.m., and Sunday, Aug. 18 from 10 a.m. to 5 p.m.; Boston Convention and Exhibition Center, Boston; $25-129; all ages)

Brew at the Zoo

Visiting the zoo is a great family activity, but on Saturday, the adults will run the show at the Franklin Park Zoo. That’s because of the annual Brew at the Zoo, where visitors can wander from one animal to the next, all while enjoying beer, wine, and other alcoholic beverages from more than 40 vendors. For those hoping not to drive to the event, Zoo New England will provide free shuttles to and from Forest Hills Station on the Orange Line. (Saturday, August 17 from 5 p.m. to 9 p.m.; Franklin Park Zoo, Boston; $60-65; 21+)

Take a slow ride over to Paradise Rock Club to catch a show from English rockers Foghat on Saturday. Though the group had its greatest commercial success in the 1970s, they’ve continued to put out new albums in every subsequent decade, including 2016’s “Under the Influence.” Local rock band Rolling Nectar will serve as the opener. (Saturday, Aug. 17 at 7 p.m.; Paradise Rock Club, Boston; $40; 18+)

Historically, fermentation was a word you most often heard associated with brewing beer. But there’s way more healthy dining and drinking options that can be enjoyed thanks to the fermentation process, which you can learn all about at the Boston Fermentation Festival on Saturday. Farmers, authors, and food historians will gather at Boston Public Market to educate visitors about the science and popular application of fermentation, while offering samples of pickles, kimchi, kombucha, and more. Be sure to seek out the “kraut mob,” a group of fermenters who will teach you how to make your own sauerkraut. (Sunday, Aug. 18 from 10 a.m. to 4 p.m.; Boston Public Market, Boston; free; all ages)

There will be no shortage of dining options in Central Square this weekend when the Cambridge Food Truck Festival rolls into town on Sunday. More than 40 food trucks will be on hand, along with 10 food tents, a mobile beer garden from Notch Brewing, and a wine truck from 95 Wines. Many of the most prolific food trucks in the Boston area will be there, including The Bacon Truck, Oath Pizza, and The Cookie Monstah.(Sunday, Aug. 18 from 11 a.m. to 6 p.m.; 95 Prospect St., Cambridge; $5; all ages)