Boston Common is undergoing a $28 million renovation, and the city wants your input 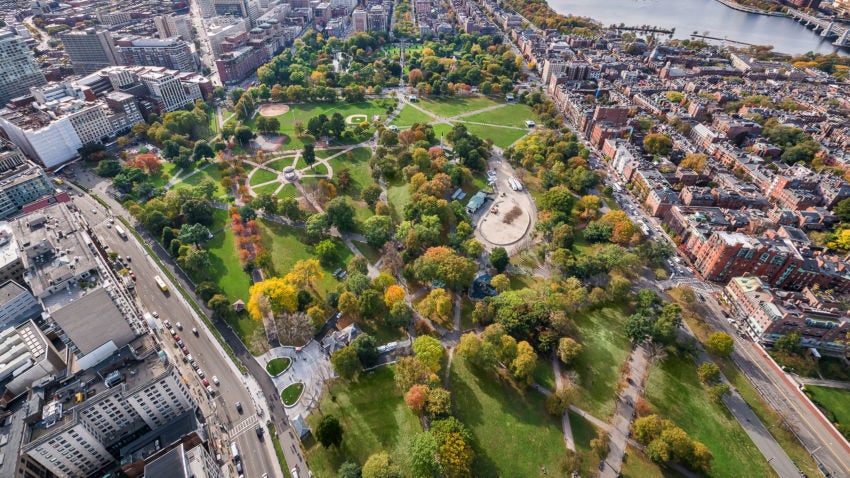 The Boston Common Master Plan is gathering opinions at local events, in T Stations, and online.

A mission to revitalize America’s first public park is underway, as Mayor Marty Walsh has committed $28 million from Boston’s sale of the Winthrop Square garage to “fund infrastructure improvements, increase park resiliency, and inspire bold, aspirational thinking,” according to a press release. The Boston Parks and Recreation Department and the Friends of the Public Garden have since teamed up to form the Boston Common Master Plan to revitalize and preserve the city’s central green space.

A consultant team has been studying the park and meeting with stakeholders since April. According to the release, “The Boston Common Master Plan includes the development of a set of principles, goals, and objectives to guide the work; an inventory of the park’s existing conditions and resources; an assessment of current and future park needs; and the public engagement process that is underway.”

The public engagement portion is where you come in — the BPRD and the Friends are collecting input from the local business community and Greater Boston residents through an online survey, pop-up events, and social media campaigns.

Six Park Presence Days between Monday, Aug. 19 and Tuesday, Sept. 17 will feature a movable kiosk called the “Mini Common,” which allows passersby to learn more about the Master Plan effort, provide feedback on the Common, and share ideas for its future.

The online survey will stay active through the end of the year, and more information, including specific event information, can be found on the initiative’s website.