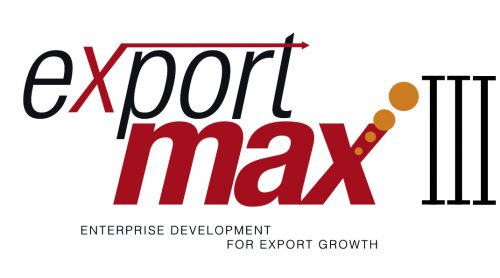 Fifty companies will benefit from capacity-building and export promotion support under the Government’s Export Max III programme, being rolled out in April.

The three-year engagement, which will run until 2022, is being spearheaded by Jamaica Promotions Corporation (JAMPRO).

It is geared towards providing focused capacity, advocacy and market penetration support to exporters and export-ready firms.

This is intended to competitively position the entities to exploit market opportunities and ultimately make a greater contribution to the local economy.

JAMPRO, to this end, he said, has partnered with the Jamaica Manufacturers and Exporters’ Association (JMEA), and Jamaica Business Development Corporation (JBDC) to deliver the programme, which also includes mentorship, business development, sales training and export promotion components.

“We have collaborated with these two super agencies, who will bring their individual talents and capacities to bear on the programme. The JBDC deals with business development, [which] they are strong on… and will bring that to the programme, while the JMEA will offer the mentorship and market intelligence that these companies will find useful,” he outlined.

Durrant further pointed out that “as you know with most small companies, there is an incubation period where they need that mentorship to develop and grow and become super companies, and we expect that the JMEA will deliver to these companies”.

He said that JAMPRO, in delivering the export promotion component, will introduce the companies to various markets in the Caribbean, United States of America, Canada, and United Kingdom, through trade shows, expos and other inward or outward missions arranged.

“Entering into an overseas market is not the easiest thing… so capacity building is going to be very important. We have to ensure that they have sound management practices, [so] they will go through a productivity improvement programme and there will also be sales training and access to financial support,” Durrant further highlighted.

The Export Max III programme seeks to attract Jamaican-made products from agro-processing, manufacturing and services in the categories of food, that is, processed and manufactured; non-food such as castor oil, chemicals and cosmetics; and services covering film, animation, education, music and information technology-enabled services.

Durrant said that at least a 50 per cent average growth in export is projected over the three years, adding that 90 per cent of the participating entities not exporting at Export Max III’s outset are expected to establish at least one market on completion of the programme.

“We expect to generate 15 trade leads per company over the three-year period, and we are projecting that we could have a five per cent average increase in jobs for the participating companies. So this is serious business for companies. We expect them to sell, sell, sell after that initial development programme,” he emphasised.

Durrant said the programme is a plus for participants as “it reduces the time and effort to enter new markets, leading to savings in the cost of undertaking this initiative if they were to do it on their own”.

“They are getting the support of three agencies to develop their export capacity, so we expect financial gain for the companies and economic development for the country, which, when combined, will bring about major success,” he stated.